As the spread of COVID-19 continues to expand globally and New York State implements its ban on gatherings of more than 500 people, the Chamber has decided to postpone the 2020 Person of the Year Awards Gala Dinner (originally scheduled to take place on May 14th) until the fall. We will confirm a new date shortly.

We thank you for your cooperation and for helping us prioritize the safety and well-being of our guests during this global health emergency.

The Person of the Year Awards Gala Dinner has been held annually by the Brazilian-American Chamber of Commerce since 1970. The Gala honors two outstanding leaders – one Brazilian and one American – who have been particularly instrumental in forging closer ties between the two nations. Past honorees have included President Fernando Henrique Cardoso, President Bill Clinton, Min. Henrique Meirelles, and Henry Kissinger.

Last year the event was attended by over 1,000 participants from the business, financial, and diplomatic communities, many traveling from Brazil. In addition to the Gala, a series of parallel events sponsored by institutions such as FGV, Banco Itaú, BTG Pactual, Bank of America Merrill Lynch, Citibank, and Safra Bank of New York have all contributed to making the week of the Gala “Brazil Week” in New York.

The POY has become the premier event of the Brazilian-American community in the U.S., and its success has enabled the Chamber to expand its annual programming to further develop the ties between Brazil and the United States. 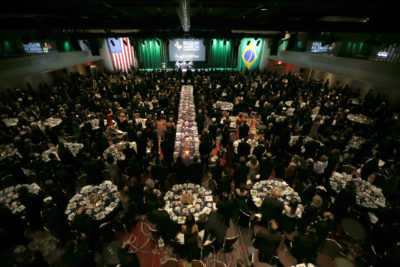 Luiza Helena Trajano is the Brazilian recipient of the 2020 Person of the Year Awards.

Luiza Helena Trajano is Chairwoman of the Board of Directors of Magazine Luiza. With a degree in Law from the University of Franca, she is responsible for introducing the purchase option of credit and online transactions in Brazil, and for the leap in innovation and growth that placed Magazine Luiza among the largest retailers in Brazil.

The choice of Luiza Helena Trajano is a recognition of her courage, perseverance, and dedication, transforming a family-owned retail company into one of the largest establishments in the industry, using technologies alongside the largest international corporations and fostering the advancement of e-commerce in Brazil. Her entrepreneurial spirit, social projects, dedication to education, and commitment to diversity have led to the highest ethical and moral standards in the business environment and have incited great social impact, factors that coincide with the values ​​promoted by the Chamber.

Virginia (Ginni) M. Rometty is the American recipient of the 2020 Person of the Year Awards.

Beginning her career with IBM in 1981, Ms. Rometty held a series of leadership positions across the company and led the successful integration of PricewaterhouseCoopers Consulting, creating a global team of more than 100,000 business consultants and service experts.

Since becoming CEO in January 2012, Ms. Rometty has led IBM through the most significant transformation in its history, reinventing the company to lead in the new era of AI, blockchain, cybersecurity, and quantum technologies, all delivered on IBM’s enterprise-strength cloud platform.

The choice of Ms. Rometty recognizes her direct and indirect involvement in Brazil and IBM’s strong, centuries-old relationship with the country. 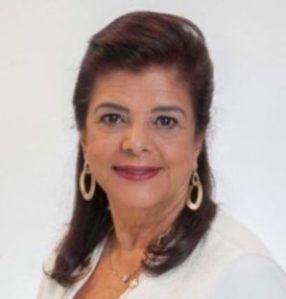 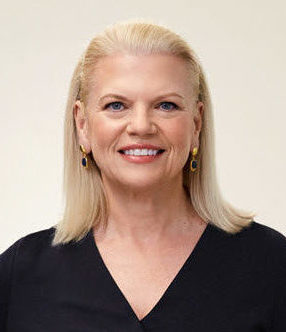 Each category offers a different level of benefits that promote your company and provide access to other events during the week. Please call +1 212 751-4691 or e-mail awardscommitteepoy@brazilcham.com for complete details.

2018 Person of the Year Awards