The Firm secured an $11.5 million judgment for the Delaware holding company of a Brazilian telecommunications company. Earlier in the case the New York court found the defendant liable for failing to make a multimillion-dollar investment. The case was scheduled for a damages trial. But when the COVID crisis postponed the trial, and the defendant resisted proceeding remotely, litigation partners Zeb Landsman and Jesse Conan devised a creative legal solution and asked the court to award damages in the amount of $7.5 million, without a trial, based on certain undisputed facts. The court agreed, assessed the damages submissions by the parties, and ruled the client was entitled to $7,499,900, plus interest.

SAO PAULO, Jan 11 (Reuters) – Brazilian investment bank BTG Pactual BPAC11.SA announced on Tuesday a new share buyback program, under which it expects to repurchase up to 1 billion reais ($176.58 million) in stocks within 18 months.

BTG Pactual said in a securities filing it aims to use its cash in an efficient way with the buyback plan, looking to “maximize the company’s capital allocation”. The repurchased units will be kept in treasury, it added.

Brazilian investment bank BTG Pactual BPAC11.SA announced on Tuesday a new share buyback program, under which it expects to repurchase up to 1 billion reais ($176.58 million) in stocks within 18 months.

BTG Pactual said in a securities filing it aims to use its cash in an efficient way with the buyback plan, looking to “maximize the company’s capital allocation”. The repurchased units will be kept in treasury, it added.

President Joe Biden announced his intent to nominate the following leaders to serve as key leaders in his administration:

Elizabeth Bagley, Nominee for Ambassador Extraordinary and Plenipotentiary to the Federative Republic of Brazil

Elizabeth Bagley has worked in diplomacy and the law for over four decades. Her diplomatic experience includes service as Senior Advisor to Secretaries of State John Kerry, Hillary Clinton, and Madeline Albright. She has also served as Special Representative to the United Nations General Assembly, Special Representative for Global Partnerships, and United States Ambassador to Portugal.

Bagley is currently the owner and Board member of SBI., a cellular communications company in Show Low, AZ. Previously, Bagley served as Of Counsel to Manatt, Phelps law firm in Washington, D.C., specializing in international law. She also worked as Adjunct Professor at Georgetown University Law Center and as Associate Producer for ABC News in Paris, France and Washington, DC. Earlier in her career, Bagley served in the State Department as congressional liaison for the Panama Canal Treaties, Special Assistant for the Camp David Accords and Congressional liaison to the Conference on Security and Cooperation in Europe (Helsinki Accords) in Madrid, Spain. Bagley earned a B.A. at Regis College, Weston, Massachusetts, and a J.D. at Georgetown University Law Center.

She is the recipient of numerous honors, including the Secretary of State’s Distinguished Honor Award, the Meridian International Public Diplomacy Award and the Grand Cross of Prince Henry the Navigator, Portugal’s highest civilian honor.

Via The White House 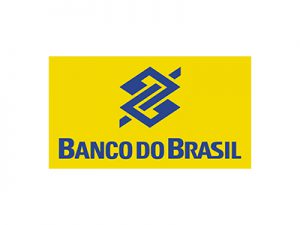 Shearman & Sterling advised Banco do Brasil, acting through its Grand Cayman Branch, in connection with the offering of an aggregate principal amount of US$500 million 4.875 percent social bonds due 2029 issued under its Euro Medium Term Note Program.

Banco do Brasil’s Sustainable Financing Framework aligns with the International Capital Markets Association’s 2021 Green Bond Principles, 2021 Social Bonds Principles and 2021 Sustainability Bonds Guidelines, among other principles. Banco do Brasil intends to allocate an amount equal to the net proceeds from the issuance of the social bonds to finance or refinance existing or future social projects, including affordable housing, SME finance and microfinance, socioeconomic advancement and empowerment and access to essential services.

This transaction represents the continuation of the Firm’s long-standing relationship advising in connection with debt and equity securities offerings by Banco do Brasil.

Brazilian instant payment system Pix ended 2021 having powered more than 8 billion transactions, according to statistics from the country’s Central Bank. This is quite an impressive figure for an offering only launched in November 2020 and goes to show how ubiquitous Pix has become in the country.

You could describe Pix as “a government-built version of Venmo,” as João Pedro Thompson, founder of fintech Z1, told TechCrunch. However, the analogy doesn’t fully capture the fact that Pix appeals to many more than just digitally savvy teenagers repaying friends for coffee. Otherwise, it wouldn’t be used by six of 10 Brazilians.

In a country where many people are still unbanked and queuing to pay bills is part of daily life, the impact of being able to pay anyone instantly can’t be understated. In addition, Pix now supports more services, such as letting you withdraw cash from businesses.

It’s interesting that Pix is an institutional initiative, part of a wider range of public efforts to transform Brazil’s financial landscape. “The Central Bank has been doing a tremendous job and Pix is one of the most relevant structural changes,” Brazilian VC Bruno Yoshimura told TechCrunch when we wrote about Latin America’s fintech boom.

By Anna Heim via TechCrunch

Super-rich entrepreneurs love to explore brash endeavors outside the mainstream of their business—say, the high-profile space race between Jeff Bezos and Elon Musk, or Larry Ellison’s obsession with the America’s Cup. But it remains genuinely rare, and worthy of attention, when a billionaire entrepreneur takes a hard look at the society around their business and commits to brash endeavors to challenge inequality, racism, and the crisis fueled by COVID-19.

That’s precisely what’s happening in Brazil, where Luiza Helena Trajano, the longtime leader of one of the country’s most celebrated companies, is generating headlines for her outsized commitments to social justice and public health. Trajano is the high-profile face of a giant electronics-and-appliance retailer named Magazine Luiza (in Portuguese, a “magazine” is a small store that sells a wide range of merchandise). Trajano’s company has become a legendary growth story whose 1,400 stores transformed retailing in Brazil, made her a billionaire, and turned a 70-year-old, 4-foot-nine-inch woman into a homespun business celebrity.

By Bill Taylor via Fast Company

REDD is a leading provider of proprietary news on emerging market, event driven special situations. They deliver forward looking news and analytics on over 1,500 companies across the globe through an online platform and suite of mobile applications.

REDD’s recognized team of journalists and analysts report on material and impactful trading catalysts, allowing bankers, asset managers and advisors to capitalize on opportunities relevant to their unique needs.

“The pullback in risk assets in reaction to the Fed minutes is arguably overdone,” Kolanovic wrote in a note to clients Monday. “Policy tightening is likely to be gradual and at a pace that risk assets should be able to handle, and is occurring in an environment of strong cyclical recovery.”

Stocks have tumbled, sending the S&P 500 to the worst start of a year since 2016. Richly valued technology shares have borne the brunt of the selling as traders ratcheted up their expectations for rate hikes from the Federal Reserve.

SÃO PAULO, Brazil — It was a casual conversation that led Luiza Trajano, one of Brazil’s wealthiest women, to ponder her country’s racism, to recognize her part in it — and to do something about it.

A few years back, she said, she had heard a young, accomplished Black businesswoman mention that she never attended happy hours with colleagues unless her boss explicitly asked her to join. Years of feeling the rejection that many Black Brazilians experience in predominantly white settings had taught her to seek clear invitations, the woman explained.

Ms. Trajano, who is white, felt a pang of sadness. Then an uncomfortable thought crossed her mind.

“At my birthday parties, there aren’t any Black women,” Ms. Trajano remembered thinking. “That’s structural racism that, in my case, is not born out of rejection, but out of failing to seek them out.”

That moment of introspection for Ms. Trajano, who had turned a small family business into a retail behemoth, helped plant the seeds for a bold corporate affirmative action initiative, which has drawn praise, outrage and plenty of soul searching in Brazil.

By Ernesto Londoño via The New York Times

On December 21, 2021, the Brazilian Data Protection Authority (ANPD) updated instructions on how and when data subjects can file a complaint against a data controller for possible violation of the their rights under the General Data Protection Law (LGPD). The LGPD is Brazil’s all-encompassing data protection law similar to the European Union’s GDPR. The LGPD imposes certain requirements on data processing agents (which include controllers and processors of data) to safeguard the data privacy rights of individuals (data subjects). The ANPD has the authority to impose administrative sanctions for LGPD violations.

The ANPD will address a petition specifically only if the petition could potentially affect collective and broad interests. Otherwise, the ANPD will analyze aggregated requests and use the information to launch investigations, improve regulations and implement educational actions.

By Renata Neeser via Littler